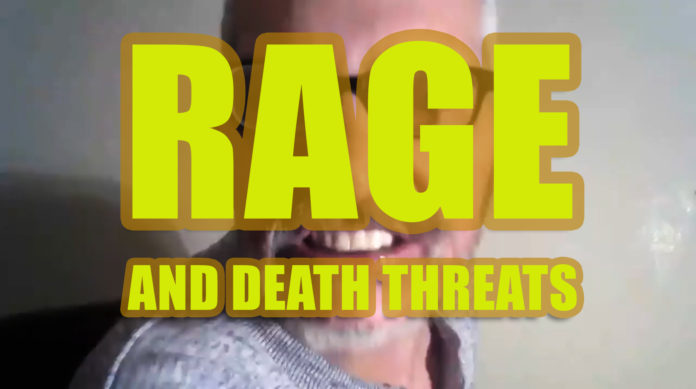 YouTuber and internet bully Montagraph has made death threats to Susan Wojcicki (CEO of the YouTube platform Montagraph uses!) and others. Roy Warren Marshall AKA Steve Quest AKA Elite Rule AKA i11uminati, AKA ImYourGhost, etc. made threatening remarks via an unhinged LIVESTREAMING video rant titled, “”GUNT Real Estate Troll” on December 14, 2019.

…before the DEATH THREATS:

Steve Quest AKA Roy Warren Marshall goes LIVE on YouTube Channel – October 13th, 2019 and makes threats to Wojcicki, along with cryptic messages to Google CEO Sundar Pichai. These cryptic threats are anywhere from “I have your phone number, both of your addresses, your e-mails and where you work…” to “when are you going to wake up and take your head out of your ass?” Montagraph is a known rager and most of the time, he let off with nothing – not even a pat on the wrist. Most people are not concerned about “WHAT EXACTLY a feeble old man in a broken-down pickup truck can accomplish.” Most people are concerned about the random listener to the Montagraph Channel.

Just take a listen to this creepy message to the CEOs of YouTube and Google!

Montagraph “performed” an even worse take before. Again, he went off the rails, ended the LIVESTREAM and started over. So how does Montagraph preface his threatening vid?

By stating how he was going to “try again” and “be more professional” – which is why Montagraph later, in the same video (clip, take and shot), calls for the CEOs of YouTube and Google to take their heads out of their asses.

How fitting would it be if the CEOs heard Montagraph’s complaints, took everything into consideration… and then banished that old boomer into their internet corner? Yes, so many people would love to see this happen to Montagraph AKA Steve Quest AKA Roy Warren Marshall AKA ImYourGhost AKA The Umbrella Man AKA Elite Rule AKA i11uminati AKA Speck Mallhide AKA N.W.O. Soldier AKA October Reignz. 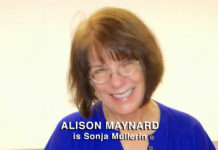 F. W. Fly - March 25, 2020 0
For years we have heard Agent19's introductions: "Hello, everyone. You know who this is, yet you have absolutely no idea... of course." Now we just might have a better picture of that internet cyber stalking smooth-talker, Agent19.

Jonathan Reich is a degenerate Cyber Criminal and harasser that stalks...